Kyle and I LOVE to do brunch,

there are so many little places downtown that have amazing brunch

and we love trying out new restaurants.

Last Sunday we met up with Bryan & Skye for brunch and mimosas!

[my brother in law and his girlfriend]

We went to a place called Royal Oak Bar & Grill,

I had been there once with my girlfriends and all I remember was there amazing mimosas!

They come in pitchers and they have a few different flavors.

I decided to get blackberry this time around, and oh my word it was YUMMY. 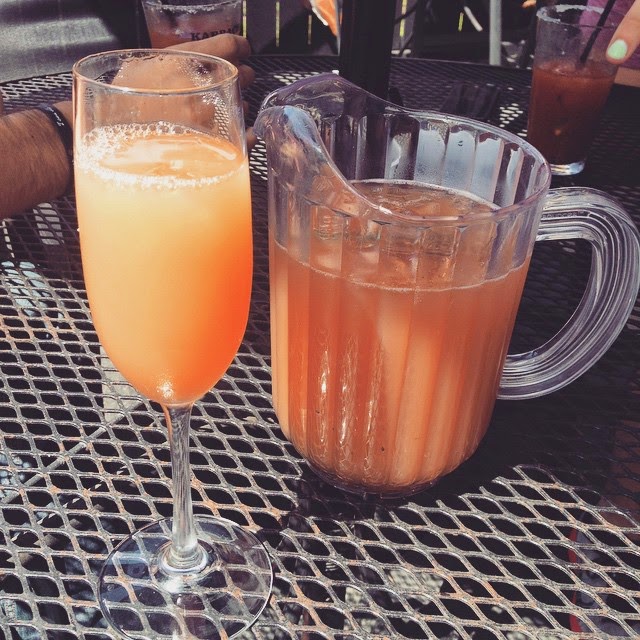 Oh and in case you were wondering, the food is pretty delicious too. After brunch we all headed back to our place and then headed off to the dog park! 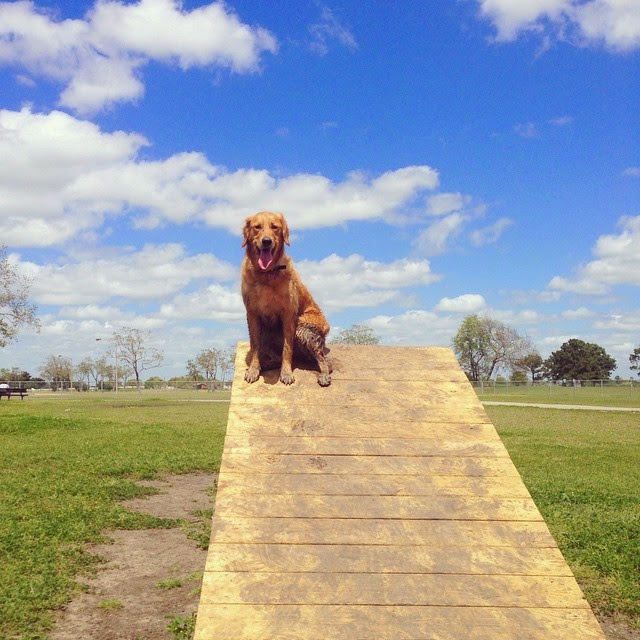 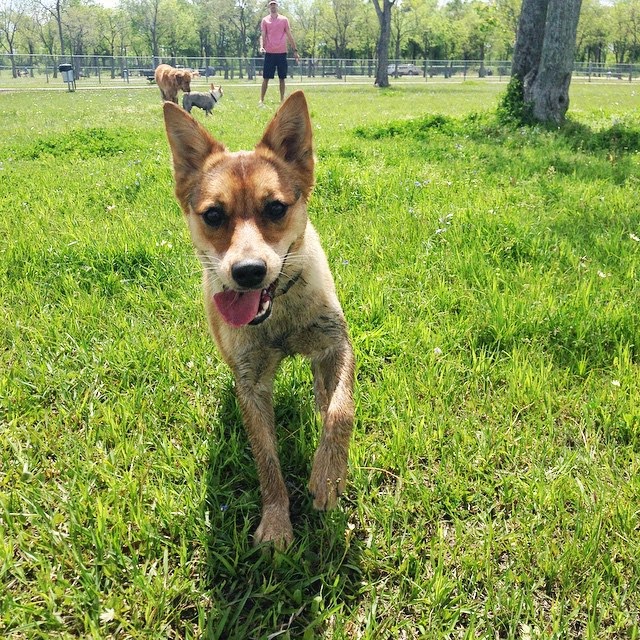 These pups are seriously obsessed with each other.

It was a pretty great Sunday if you ask me.

I’m pretty excited about getting to see and spend time

with both of our families this weekend for Easter!

Sooooo on a different note.

I have gotten a few requests to do a “get ready with me” video.

Now, I’m not a makeup or hair professional. Hell, I can’t even apply eye shadow.

BUT, I will totally do this for y’all!!

My every day “look” is pretty simple and most of my products are cheap!

So keep an eye out for a video soon, possibly even THIS week…

like…maybe even tomorrow if y’all are really lucky! ;] 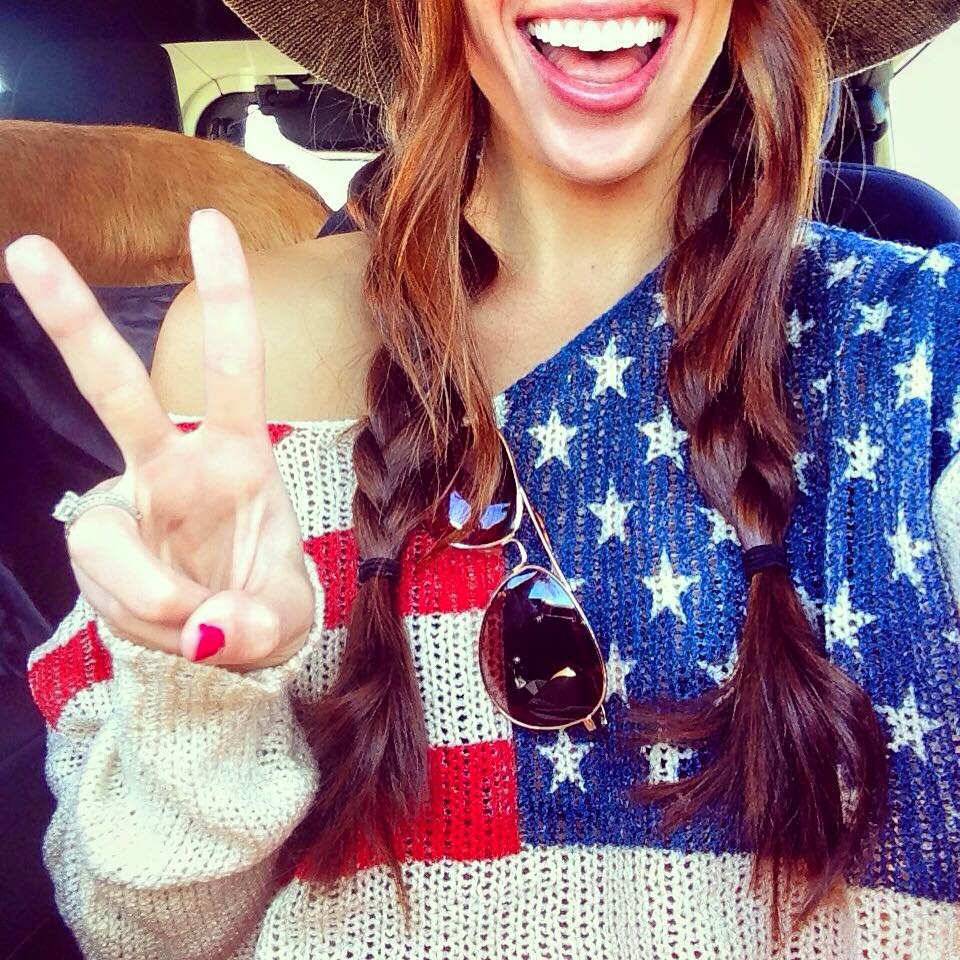 On Saturday Kyle and I packed Charley up and headed to the beach!

The weather was too perfect not to go.

[you can get the adorable sweater I’m wearing here] 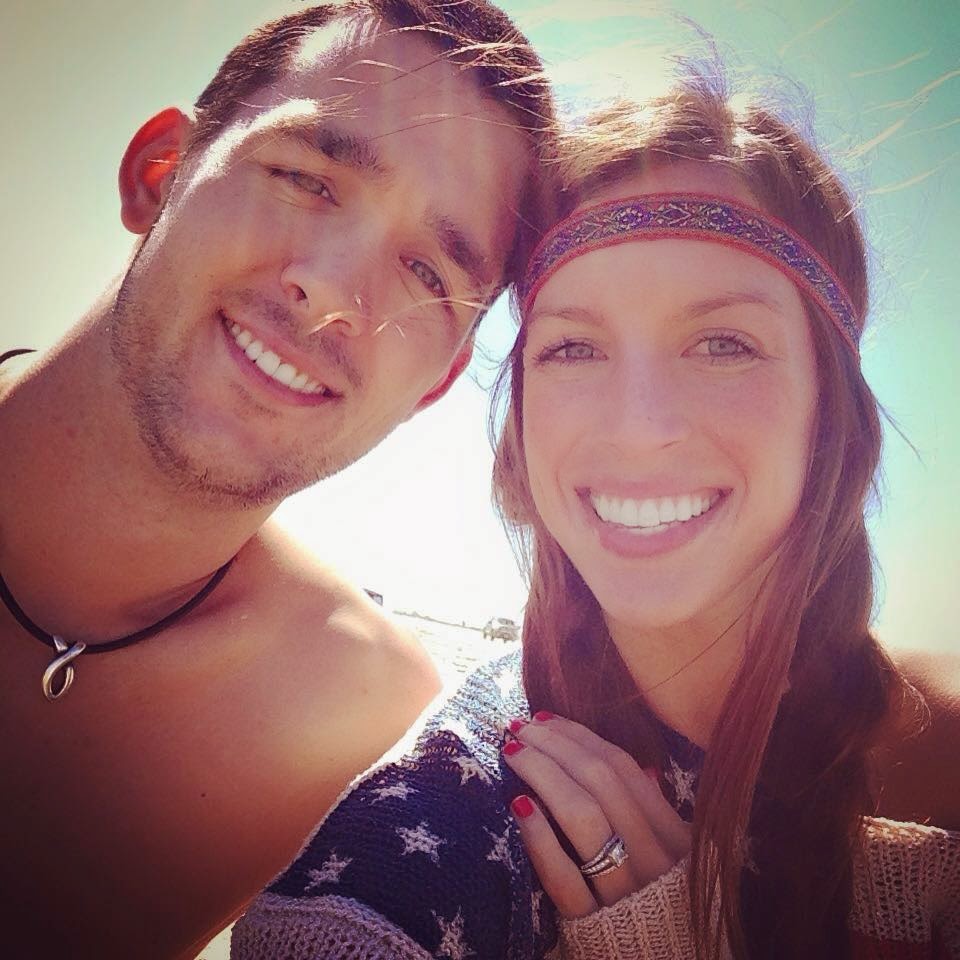 [and this cute headband here]

Charley was THRILLED to say the least, I think this picture pretty much sums that up. 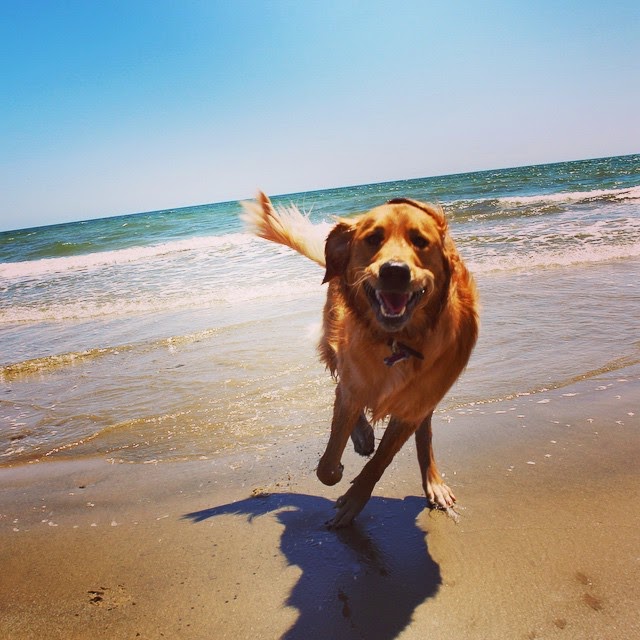 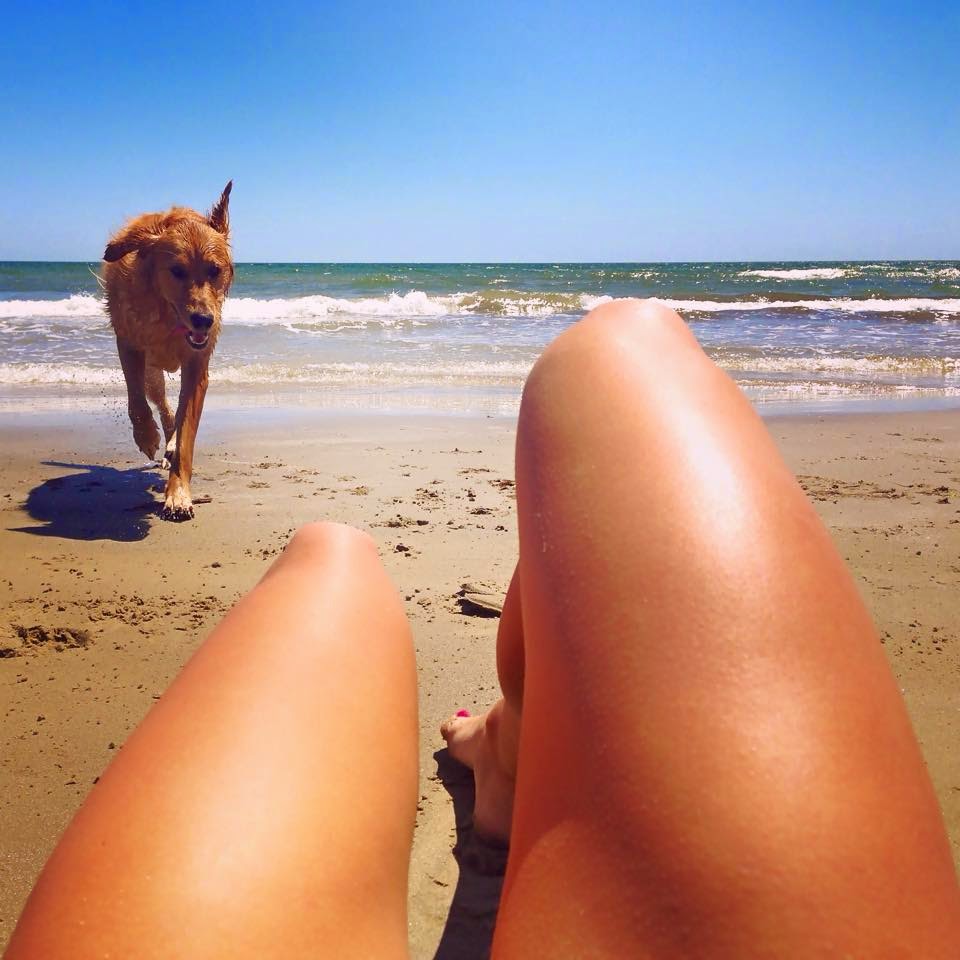 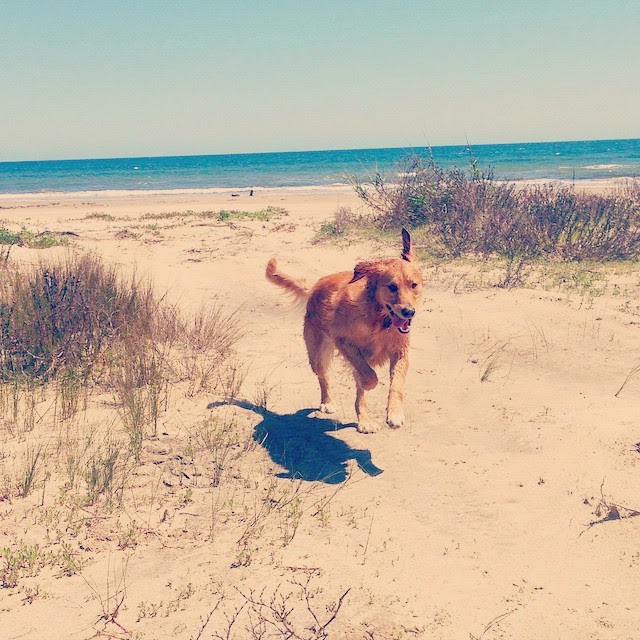 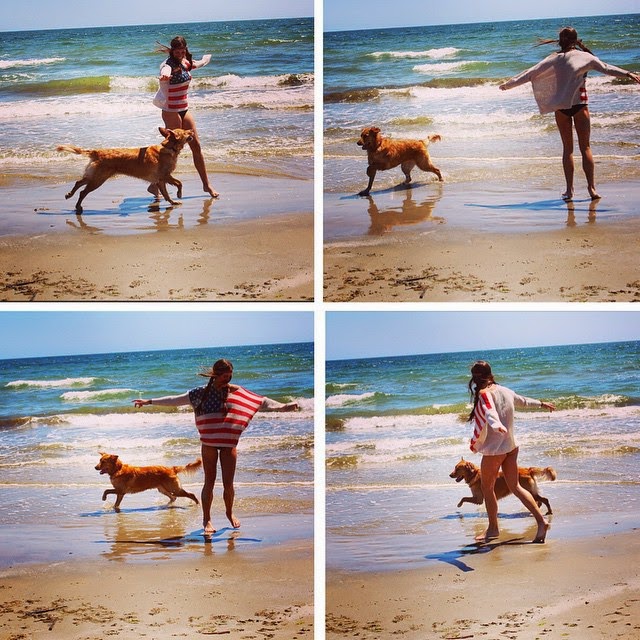 It was super windy when we got there, Kyle and I were expecting it to be a little warmer,

but Charley didn’t seem to mind at all lol 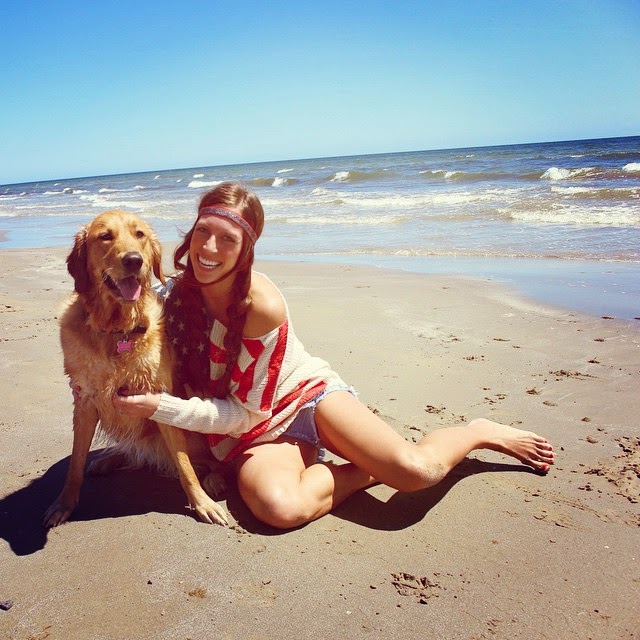 We stayed for a few hours but then it started getting crowded and we hate having to tie Charley up,
so we headed on out!
I’m so so glad we got to go though!
Now I’m ready to get Charley into the snow, she would REALLY love the snow.

Hope all of you had a fantastic weekend, the weather was awesome for us,
hopefully it stays like this for a while!

On Saturday, after spending all morning in our PJ’s watching Sons of Anarchy…

I decided to make Kyle take me on a little lunch date! 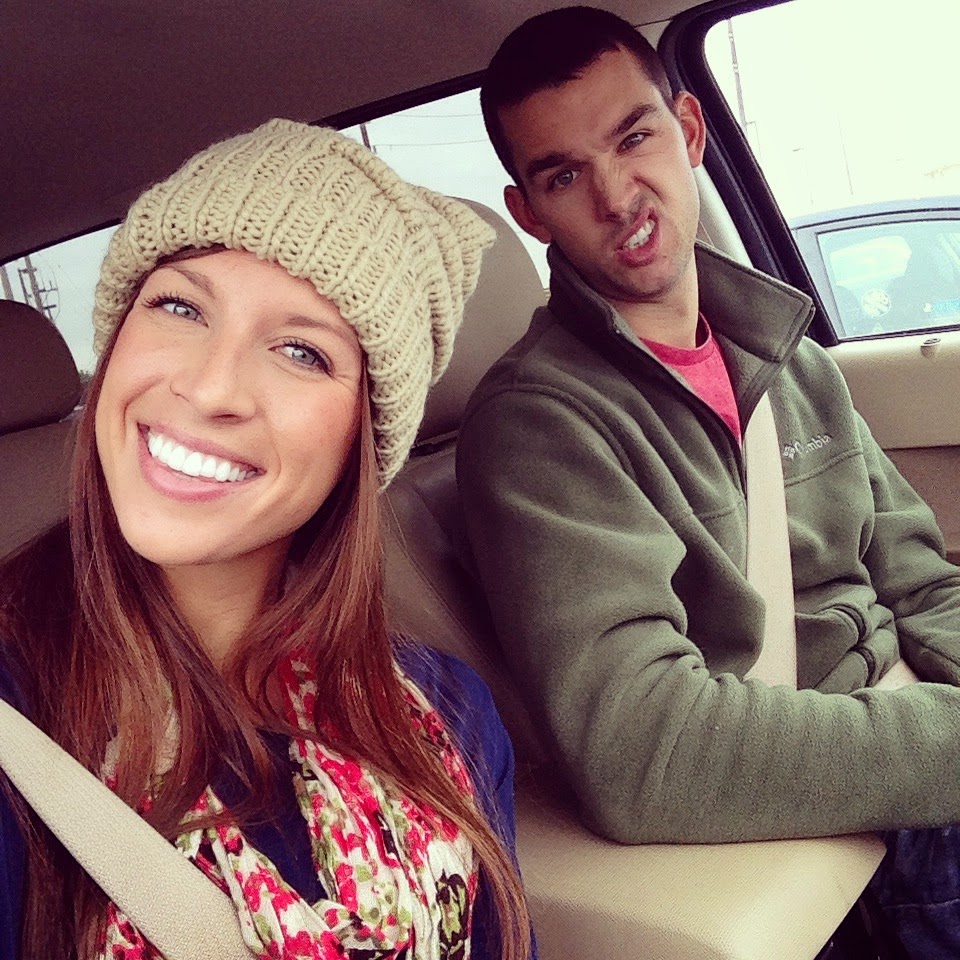 I’ll give you one guess where we went…. 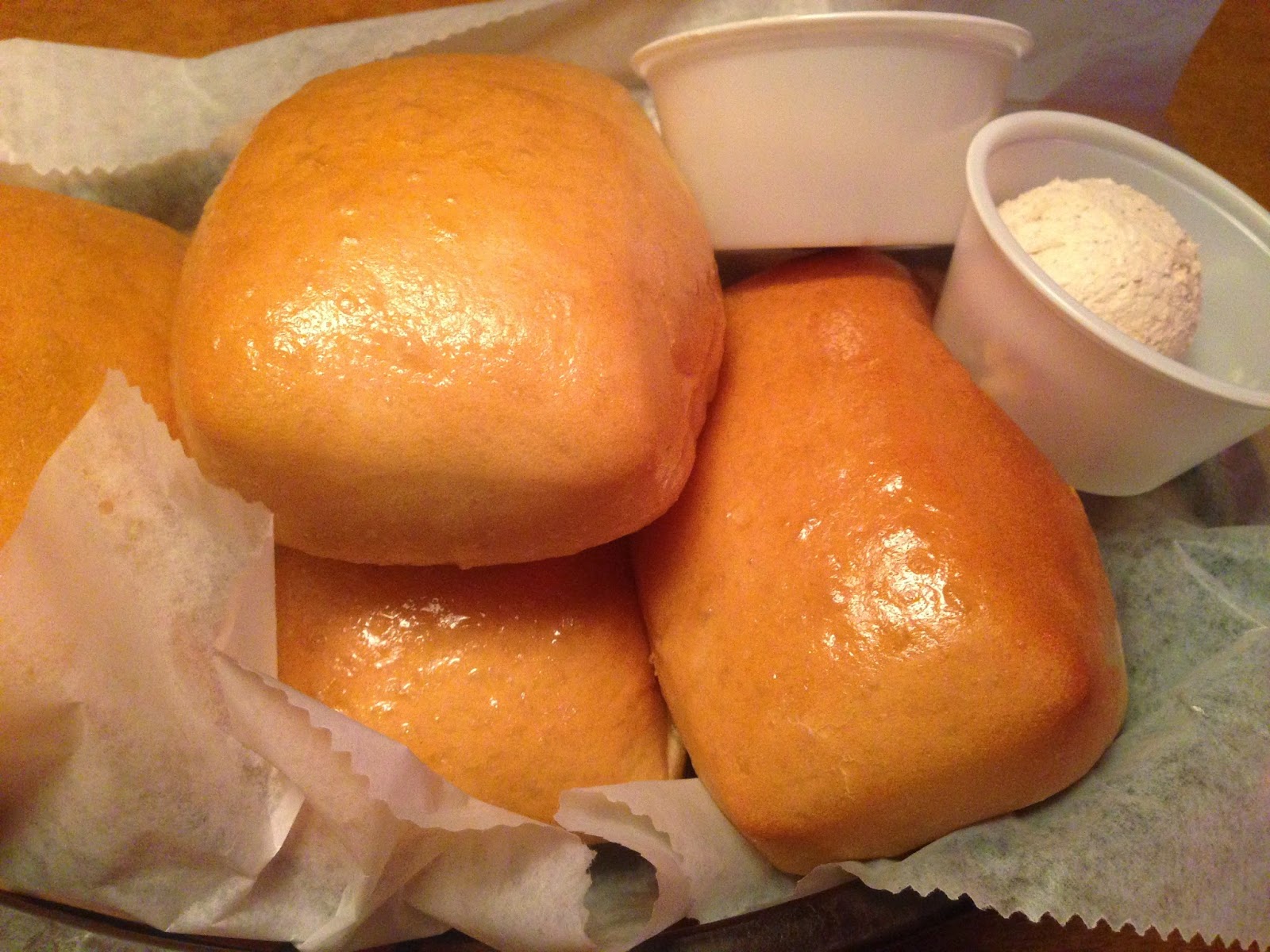 This picture should be a dead giveaway.


I ate probably 7 rolls…like no joke, the honey butter addiction is real.
Did I ever tell y’all that I bought large amounts of this butter freshman year of college?
I literally put it on everything…15 lbs later I realized I should probably stop, haha.
Ya live and ya learn.

So, Charley got spayed about 2 weeks ago and we’ve had to kind of limit her activity.
Which has been a PAIN for me because her energy is ridiculous.
I haven’t been able to take her on our every day walk/jogs and
we haven’t taken her to the dog park in what seems like forever…

But TODAY we are finally taking her to the dog park!
She should be fully healed and I am so happy it’s sunny out and we can take her.
We are going to freeze our buns off but I am beyond excited for her to get all of her energy out.
She is seriously a handful…like I’ve never felt more prepared for parenthood…

Okay, maybe I wouldn’t go that far…but still, she is a lot to handle.

I’m making baked potato soup in the crock pot for dinner tonight
and I’m SO excited to see how it turns out!!
I’ll be sure to share the recipe if it’s as good as I think it’s going to be.

I’m going to be hosting a Giveaway on the blog tomorrow so make sure you stop by!! 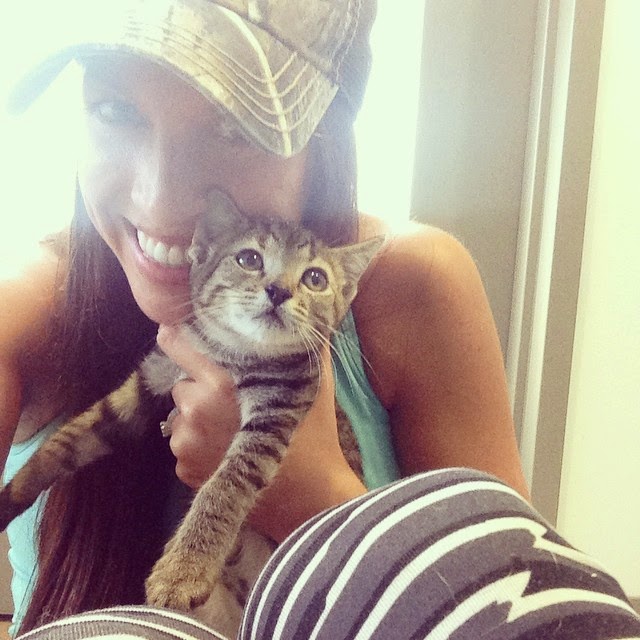 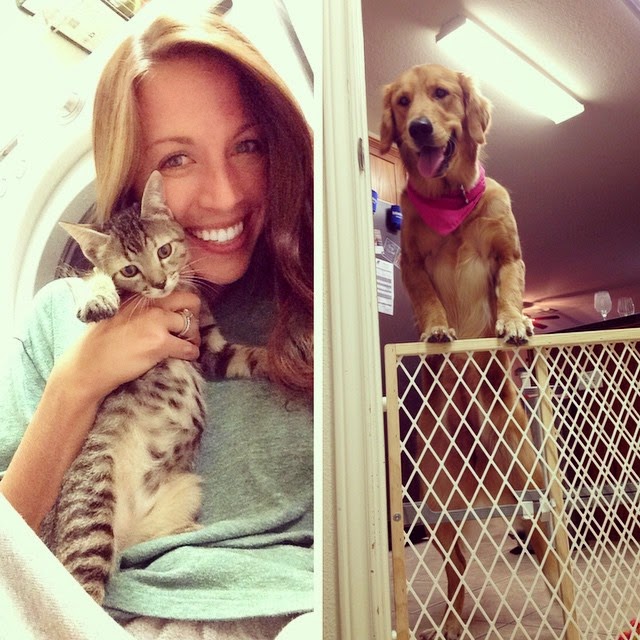 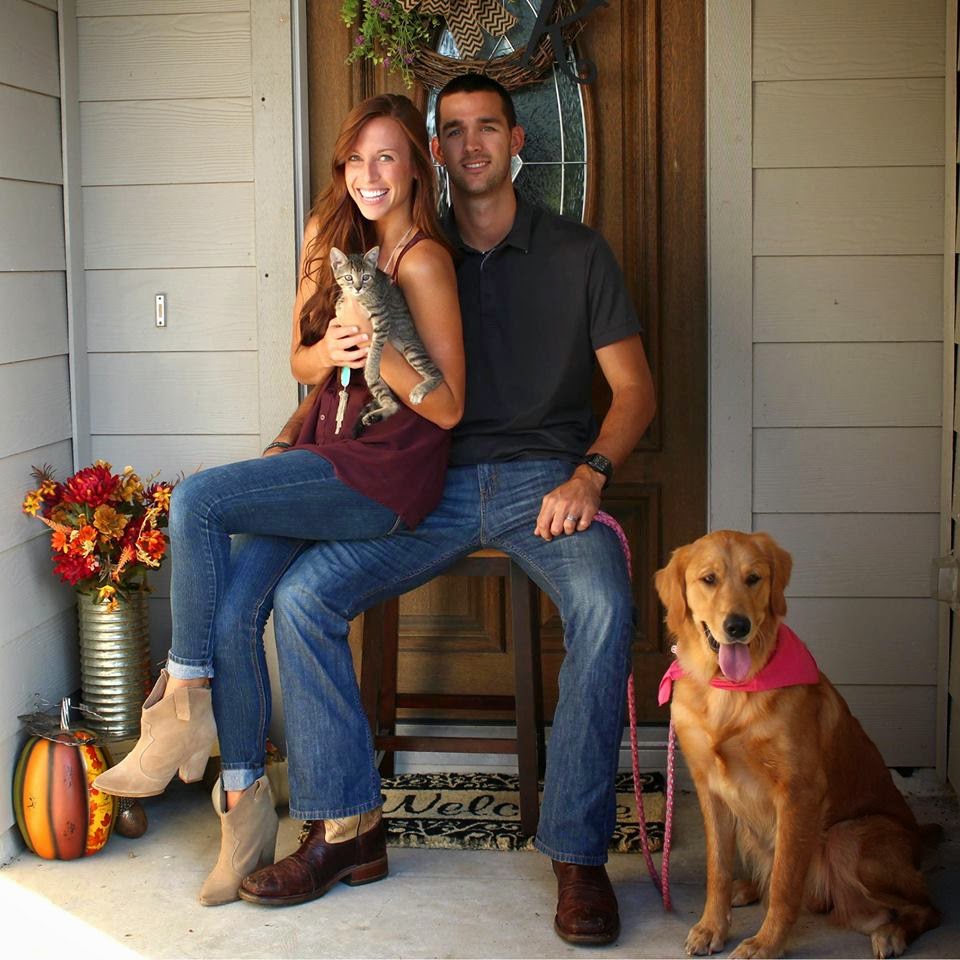 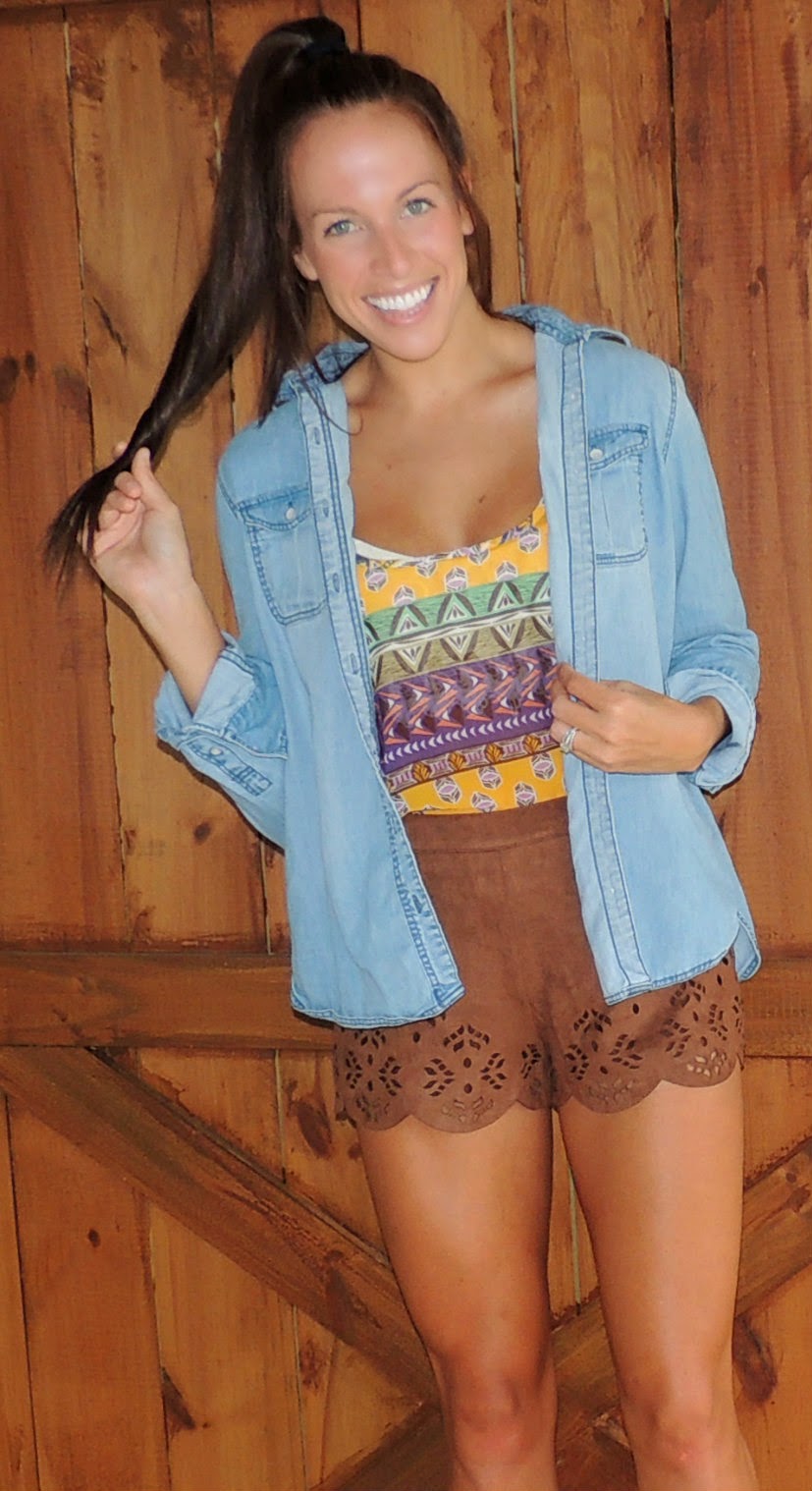 It has been one heck of a week!

On Monday morning my laptop just completely shut down, wouldn’t turn on, wouldn’t do anything.

Which made Monday very difficult.

Tuesday was spent driving all over town trying to get it fixed.

And yesterday Charley was throwing up ALL day long, it broke my heart.

She was feeling absolutely terrible, 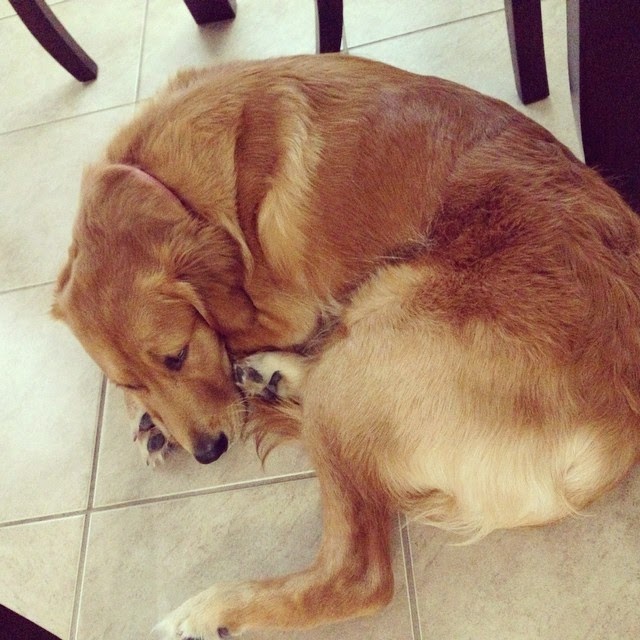 I took her to the vet but they couldn’t figure out what was wrong.

They took x rays but couldn’t see anything weird in her tummy,

gave her 2 injections, some meds for me to give her daily, and some special food. 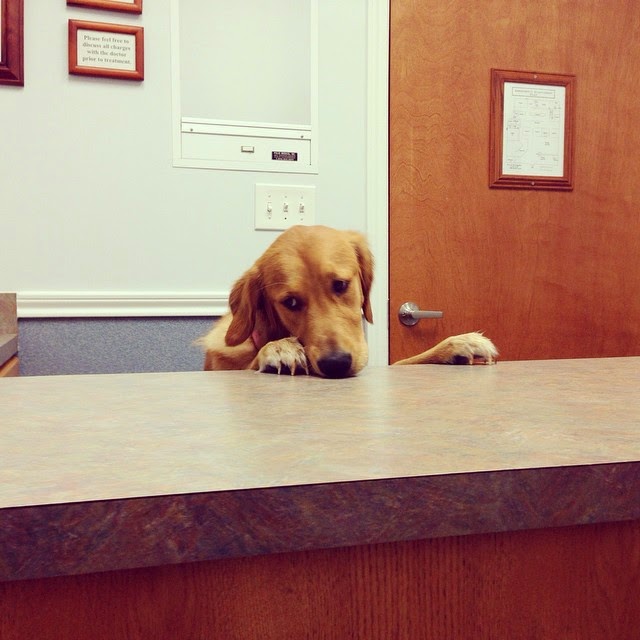 I finally got her home and she was still throwing up, she looked so sad and miserable

all day and night, and it kills me to see her like that.

She’s got a little more energy today and finally drank some water,

I still can’t get her to eat though.

So keep this sweet pup in your prayers!

I am beyond thankful they didn’t find anything crazy in her tummy,

and I am really grateful she doesn’t have some awful disease or sickness.

She must be allergic to something she ate.